The Power of Entrepreneurship and Purpose

On this episode of Ditch The Box we welcome the CEO of TerraCycle, Tom Szaky. Tom is the definition of a leader. Born in Budapest, Hungary, he didn’t have a true feel for the power of entrepreneurship until he attended college in the United States. It was in the mecca of capitalism that Tom realized that “entrepreneurship is the most amazingly powerful force. Business is more powerful than war, than politics, in how big and globally transformational it can be… and THAT, is exciting.”

Tom’s entrepreneurial spirit led him to create the incredibly successful business, TerraCycle.  TerraCycle is an innovative recycling company that has become a global leader in recycling hard-to-recycle waste. Although the environmentally driven business is flourishing today, Tom admits that this wasn’t always the case. In the first 5 years of TerraCycle, Tom and his team were close to bankruptcy about a half-dozen times. “The more different the business is, the less of a playbook you have to go by. You have to make it up as you go.” As TerraCycle was trying to make their own “playbook” they were forced to stay innovative in an act of desperation, in an effort to survive. Not only did desperation act as a catalyst for Tom and TerraCycle, innovation that stemmed from a place of desperation helped set the foundation that would allow TerraCycle to thrive in the later years. Looking back on those difficult years and how far TerraCycle has come, Tom offers these words of advice: “Don’t seek desperation, but if desperation comes, there’s magic there.” 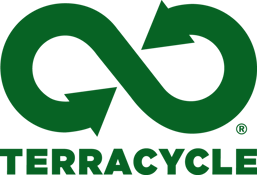 Eliminating the idea of waste is the mission of TerraCycle. Tom stresses the importance of finding purpose, finding the center of the company, and never losing sight of that. “Focus on your purpose and have no compromise. But be exceptionally flexible.” If you can master this balancing act and fuel your entrepreneurial vision with innovation, you may just be able to create something as powerful and motivational as Tom Szaky and TerraCycle.